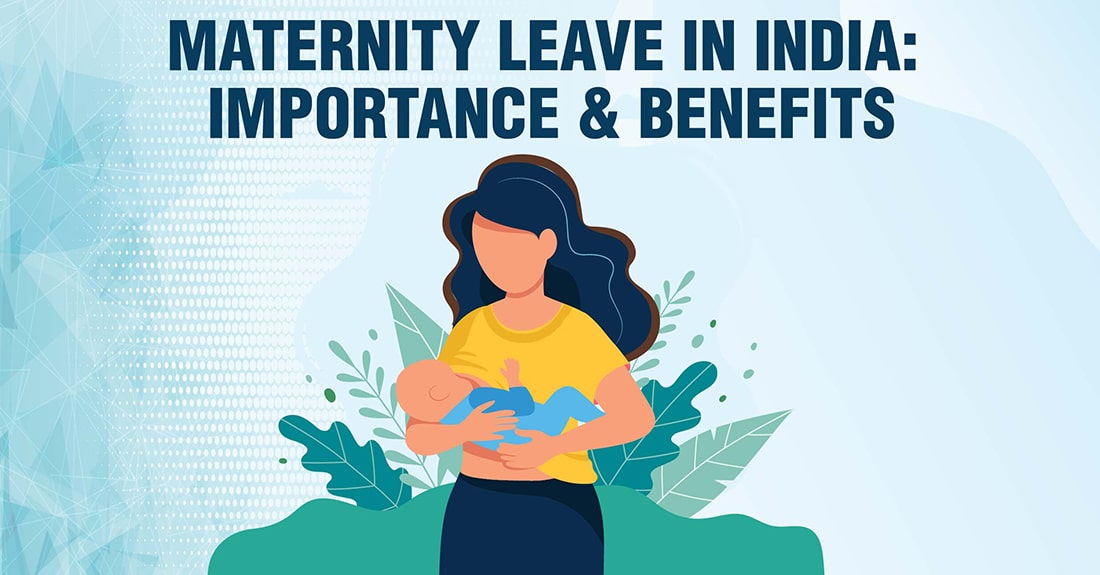 Maternity Leave in India: The Law and Benefits

The Maternity Benefit (Amendment) Act 2017, which was passed by the Rajya Sabha in the year August 2016, has now also been approved by the Lok Sabha in the same year, March 2017.

Some important changes under the new law:

1. The paid maternity leave in India is increased from 12 weeks to 26 weeks for working women.

2. This law is eligible for only those who work in an organization with a minimum of 10 employees.

3. The prenatal leave is also increased from 6 to 8 weeks.

4. A woman who is already a mother of 2 children is eligible for 12 weeks of maternity leave from the 3rd child.

5. If a woman adopts a child under the age of 3 months, then she is eligible for a leave of 12 weeks.

Maternity Leave in India is reformed considering the current scenario where women are a dominantly integral part of every working setup. Pregnancy is a phase in life; many families expect it to happen to them soon. Many families plan on pregnancy and childbirth. However, joyous and exciting the pregnancy is, for working women, the concerns prevail.

India has already transitioned to a nuclear family approach; it is challenging to have help from home. Moreover, couples have shifted from their hometowns for corporate jobs across different locations. The concern with starting a family and transitioning the pregnancy process is a phase that brings many questions. However, working couples, as well as expectant mothers, should know the Maternity Leave.

Some of the Common Concerns of Expecting Mothers Are:

1. Will I lose my job because of the pregnancy?

2. Will I be able to work for the whole tenure of my pregnancy?

3. In case my pregnancy is complicated, and I am unable to work, how will I manage my expenses during pregnancy?

4. Will I be able to live up to my professional standards being pregnant and bearing a child?

5. What are the benefits I enjoy from the government and my employer as a pregnant employee?

6. Are maternity leave paid in India?

7. What is the maternity leave for adopting a child?

8. As a pregnant mother, do I have the provision of working from home?

9. How will I manage the day-care facilities for my new-born?

A lot of apprehensions and dilemmas have led to many women employees losing out on their rightful share. Some women employees even quit jobs as critical health does not allow them to continue working during the pregnancy period.

The government supports the Maternity Leave strongly. A woman can now avail of all the significant benefits and have a well-informed decision on her pregnancy and maternity leave. This mandate is set to benefit pregnant women for securing their jobs as well as having a peaceful time with family in the happiest phase of their life.

What is the Maternity Leave?

Maternity leave in India” is a paid leave of absence from work that allows women employees the benefit of taking care of their newly born, retaining their jobs, and also avail paid leaves.

India is a developing country, and our first Maternity leave Act was established back in 1961 called, The Maternity leave Benefit Act 1961. This Act ensured women employees get a paid leave of 12 weeks post-delivery for taking care of the new-born. This Act applied to establishments with ten plus employees. The Act applies to every women employee on a contract, permanent basis, or engaged with agencies.

The current employment scenario has changed, and we have a significant chunk of female employees taking jobs. The maternity act was subject to change due to social & economic changes. In 2017, The Maternity leave Act was revised as The Maternity leave (Amendment) Bill 2017.

The Maternity (Amendment) Bill 2017 brought a lot of necessary amendments in the Act. Let us understand:

The Maternity leave Act Applies to:

For a woman employee to be eligible under this Act, she should have completed working for 80 days in the current establishment in the last 12 months.

Paid leave is calculated based on the average daily wage for the period of absence.

The Maternity (Amendment) Bill 2017 has extended the earlier 12 weeks’ leave to 26 weeks. The pregnant employee can bifurcate the leave as post and pre-delivery. 8 weeks of leave can opt before the delivery and remaining post-childbirth. For women expecting the third child, the maternity leave allotted is 12 weeks.

The law states a 12 weeks leave for the adopting mother. This leave starts from the day of adoption and is applicable for the baby below three months of age.

The advent of technology has brought relief and joy to many families who were unable to conceive naturally. The maternity leave law here states a 12 week leave to the biological mother who imparts her egg to create an embryo which is then planted in another woman.

In the case of tubectomy, a woman on the production of the prescribed papers can opt for two weeks’ leave, immediately from the date of the tubectomy operation.

Pregnancy is a complicated process and could be life-threatening too. The Maternity leave Amendment Bill 2017 allows a benefit of one month for women who are suffering from critical circumstances like – Pre-mature delivery, miscarriage & medical termination of pregnancy.

Female civil employees benefit from a paid leave of 180 days for the first two live-born children.

Private sector female employees have to ensure maternity leave policies with their HR team. The leave and payment provisions vary for different companies.

1. The maternity leave payment is at the rate of the average daily wage for the period of absence.

Norms Under The Maternity Leave:

1. The act states, the employer should not give a pregnant employee difficult tasks, including long-standing working hours, ten weeks before the delivery, such that it might affect both Mother and child.

2. The employer should ensure the health and safety of the female employer and mandate that she should not be involved in any work six weeks following the delivery as well as miscarriage.

3. The law also states that the employer cannot dismiss or discharge a female employer during the maternity leave period.

5. If an employer does not adhere to the Maternity Act, there are severe repercussions. The penalty to an employer for non-acceptance of the Act is a fine of Rs. 5000/- or imprisonment which can extend to a year or with both.

Employers’ Dilemma with the Maternity leave:

The Maternity Leave in India has eased much discomfort for the working Women employees. However, the employers have their own set of concerns:

1. Maternity leave cost has to be borne by the employers alone in India. Whereas, in other countries, government and employer share the cost.

2. Having additional staff for the woman employee on leave. Training the temporary staff is an added expense for the employer.

3. The clause of setting up a crèche is another infrastructure investment for the employer in addition to recruiting a trained staff to handle the crèche.

What should HR incorporate in the Maternity Leave Act?

1. Every HR has to draft a detailed Maternity Leave Policy as an essential document. Every organization should communicate to a pregnant woman in written or e-mail about her rights and the details thereof.

2. HR should revise the Maternity leave policy as per the government regulations.

3. A pregnant employee is by default, exempted from the regular performance appraisal cycle.

4. A provision to make the women employees work from home.

ESI is a self-financed plan and applicable for women employees, drawing a salary of 15,000/month or less. According to this Act, the employer contributes 3.25 % to the insurance, and the employee contributes 0.75 %.

The Factories Act ensures full wages for the 12 weeks of maternity leave.

The survey shows that male employees dominate the majority of employment across India. The employers are apprehensive of recruiting women employees as compared to men, considering the impending and obliging costs they have to incur hiring a female employee vis-à-vis a male employee.

In spite of the mandated government policies, some women across the nation cannot avail of the rightful maternity leave. The employer is unwilling to pay from his/her pocket the entire expense of the women employees. The government should make provisions to aid the employers with covering part expenses that will make the employer recruit female employees without much inhibition.

SME’s and start-ups run on a tight budget and might wave-off recruiting female employees if the government does not share the expenses.

Pregnancy is a natural process, and the intellect or working potential of women employees will not disappear to the phase. As a developing nation, where we promote education for the girl child, maternity benefits should be considered seriously and implemented in all organizations with total support from the government.

Upgrade to 3000 READY TO USE HR DOCUMENT

and Get FREE HR & Payroll Software